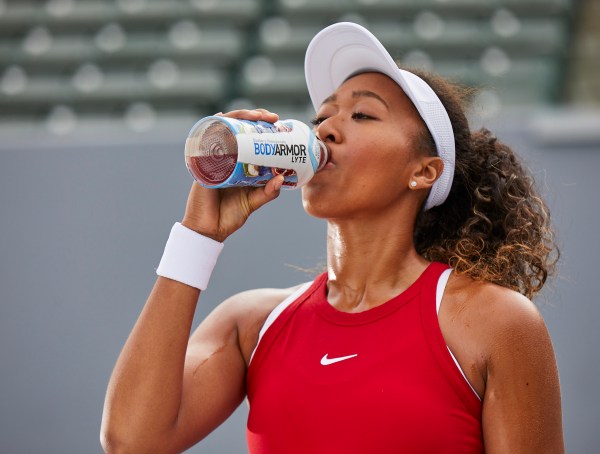 Bronx, United States, Aug 20, 2020, 13:00 /Comserve / -- BODYARMOR Sports Drink and the US Tennis Association have reportedly confirmed their multi-year partnership that names BODYARMOR LYTE as the Official Sports Drink of the US Open Tennis Championships.

August 17, 2020: BODYARMOR Sports Drink and the US Tennis Association have reportedly confirmed their multi-year partnership that names BODYARMOR LYTE as the Official Sports Drink of the US Open Tennis Championships. Under this deal, BODYARMOR products will be offered to keep the players hydrated during US Open matches and practices in the USTA Billie Jean King National Tennis Center, locker rooms and also in the training facilities.

Earlier in August 2018, Coca-Cola and BODYARMOR had announced that they reached an agreement thus signing a definitive deal. Under that agreement, the Coca-Cola Company acquired a minority ownership stake in BODYARMOR. With the help of this deal, BODYARMOR has enjoyed the opportunity to gain access to the huge market reach of the Coca-Cola bottling system, which enabled the rapidly growing brand to boost its growth to meet the high client demands for its premium line of sports performance equipments and hydration drinks. The confirmation of the new partnership will allow BODYARMOR to further their expansion through digital and social integrations, mass-awareness media and retail activity along with Team BODYARMOR athletes and partners.

Lew Sherr, Chief Revenue Officer, USTA stated that he believes BODYARMOR premium sports drinks were a natural fit for the event and they were proud to make BODYARMOR products available to the US Open athletes to begin the partnership. He further stated that BODYARMOR was growing in popularity at a rapid rate and they appreciate their commitment to giving back to the sport. They were ecstatic and looking forward towards the future by enhancing their growth worldwide.

Naomi Osaka, former US Open champion, will join BODYARMOR LYTE Sports Drink in taking the partnership to greater heights, by committing to the refurbishment of the tennis court facilities in Jamaica, Queens. This is the same place where the two-time Grand Slam champion Osaka started playing tennis at the age of three. Refurbishment of the tennis court would encourage BODYARMOR LYTE to carry forward the legacy of the US Open even after the event is over. It is also going to support Naomi Osaka to motivate young athletes to discover the game of tennis in the local Queens neighborhood.

The fighter aircraft market is estimated to record a notable CAGR over the forecast period i.e. 2020