Dec 30, 2019, 11:25 /Comserve / -- Spain’s Cellnex Telecom acquires the Portuguese company for business expansion in the country and to increase its reach in another European country

Cellnex Telecom, a leading operator of wireless communications and broadcasting infrastructures in Europe, entered into an agreement with Belmont Infra Holdings and Altice Europe for the complete acquisition of Portugal’s main telecommunications towers and site operator OMTEL. According to the agreement, the company has an equivalent enterprise value of EUR 800 million.

OMTEL currently operates around 3,000 sites and is expected to roll out 400 more in the next 4 years. Cellnex further expects that the investment required for this build-to-suit program would be around EUR 140 million. OMTEL holds an attractive portfolio by managing around 25% of telecommunications towers that are present on the Portuguese market.

With the acquisition of OMTEL in Portugal, Cellnex would be expanding its operations in the eighth country of Europe. Further, it is estimated that once the Portuguese company becomes completely integrated and rolls out the new sites as expected, the additional EBITDA generated for Cellnex would be EUR 90 million on a run rate basis. Moreover, the company’s backlog is estimated to grow by EUR 2.5 billion and become EUR 38.5 billion.

The arrival of 5G technology will provide Cellnex an attractive business opportunity to provide telecom solutions and services to mobile operators for network diversification and high speed along with reduced costs.

In 2019, Cellnex increased its portfolio by 28,000 assets through the various agreements and acquisitions. In December 2019, Cellnex acquired 1,500 sites from Orange Spain which involved an investment of EUR 260 million. The deal consists of towers and antennas that will be operated by Cellnex but Orange Spain will continue to use them for a period of ten years, after which it is extendible for another ten years and then for successive periods of one year.

Cellnex Telecom is a leading company that deals with wireless telecommunications and broadcasting infrastructures and is based in Europe. The company has a portfolio of around 58,000 sites in this field including the roll-outs that are expected by 2027. Cellnex mainly focuses on four major business areas: telecommunication infrastructure services; security and emergency service networks; audiovisual broadcasting networks; and solutions for smart urban infrastructure and services management.

In order to improve the consumer experience in the oil and gas industry, Fusionex, a leading company 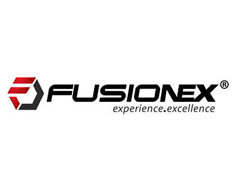