California, August 17, 2020: Social media and networking giant, Facebook is reportedly planning to merge its Messenger app with Instagram’s chat service functionality to unify messaging across its platform. This new update aims to enable users to chat with their Facebook contacts from Instagram, and also use various features with a new colorful look such as swipe to reply, react to messages with emojis, etc.

Last Friday, some of the iOS and Android users of Instagram, started to see a new pop-up when they opened the application. The pop-up enabled the user to update to the new feature now, or later from the settings option. However, updating to the new feature at the moment only changes the ‘Direct Messages' plane icon to the Facebook Messenger icon, and the chats appear in a new colorful look. Since the new feature is not fully released, so the users cannot yet chat with their Facebook contacts through Instagram.

According to the New York Times, in January 2019, Facebook was proposing to unify the chat network of all the three applications including Instagram, Messenger, and WhatsApp into one platform. This functionality will enable the user bases of the three platforms to be combined into one expanded group, thereby enabling users to interact directly with each other via these platforms.

Mark Zuckerberg, the CEO of Facebook stated that the cross-app functionality is a long term project and the company is planning to create new backend integrations for the Messenger, Instagram, and WhatsApp applications which will happen in or after 2020.

As per the second-quarter financial report of 2020, Facebook has generated total revenue of USD 18,687 million this year which has increased from the last year’s revenue of USD 16,886 million. The Y-O-Y change in percentage is 11%. The total cost and expenses incurred were USD 12,724 million with 4% Y-O-Y change as compared to the previous year which was USD 12,260 million.

Facebook recently extended an initiative to support small businesses and creators wherein it will not collect any fees from paid online events for at least the next year. 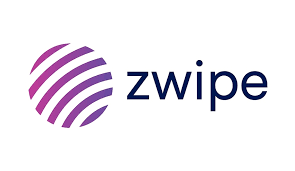 The “Swadeshi Microprocessor Challenge – Innovate Solutions for #AatmaNirbharBharat” has been