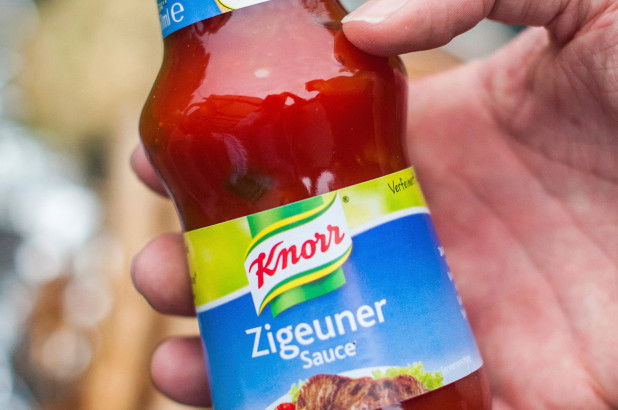 Bronx, United States, Aug 20, 2020, 11:00 /Comserve / -- One of the leading food companies of Germany, Knorr has said that it’ll rename its popular spicy dressing ‘Zigeuner’ sauce over its racist connotation. It will change its name to ‘Hungarian-Style Paprika Sauce’.

Germany, 17, Aug 2020- One of the leading food companies of Germany, Knorr has said that it’ll rename its popular spicy dressing ‘Zigeuner’ sauce over its racist connotation. It will change its name to ‘Hungarian-Style Paprika Sauce’.

‘Zigeuner’ sauce, literally meaning ‘gypsy sauce’ can sometimes be taken negatively and hence the company decided to rebrand it. The demand for its rebranding rose in 2013 also but was rejected by the company. But Unilever, parent of Knorr, decided to rename the sauce now after the ongoing international debates over racism. In German, ‘Zigeuner’ is a belittling expression for the Sinti and Roma minority groups that have been habituating in the European countries for years. They are believed to often live below the poverty line and at the society margins with unequal access to jobs, education or any opportunity for their upward mobility. Roma and Sinti organizations pointed out that this sauce has not been a part of their traditional cuisine and that they’ve been demanding a ban on it for several years. The term ‘Zigeuner’ was also being used by German soccer fans to insult players or fans of opposing teams. The racism complaints have been on a rise according to Germany’s official watchdog with 2019 getting more complaints. The Federal Anti-Discrimination Agency received a total of 1,176 complaints related to racism in 2019.

The term ‘Zigeuner’ sauce is being used all over Germany for about 100 years. This sauce is based on tomatoes with chopped bell pepper, vinegar, onion and a few spices.

After the death of George Floyd by suffocation from the knee of a police officer in the USA, a lot of international debates and movements have been started worldwide against racism. ‘Black Lives Matter’ is the most influential of all of them and people all over the globe are extending their support towards it. This incident also prompted a lot of brands and companies to rebrand their traditional products as a response to the racial stereotyping in the US. In June 2020, PepsiCo scrapped its breakfast brand Aunt Jemima as it admitted that its origins were from a ‘racial stereotype.’ Colgate agreed to rename its popular toothpaste brand ‘Darlie’ in China whose original name was Darkie translating to a ‘black man toothpaste’. Dixie Beer also notified about renaming so as to shed away any connotations related to slavery. Earlier, in June 2020, Indian unit of Unilever, Hindustan Unilever said that it’ll drop ‘fair’ from ‘Fair & Lovely’, which is a cosmetic skin lightening product in India.

Knorr is a German beverage and food brand which was introduced in 1838. It was owned by Unilever in the year 2000 as part of its Best Foods acquisition. It makes meal mixes, condiments, bouillon cubes and dehydrated soups. Its parent Unilever is a British-Dutch company having 12 brands with a turnover of over EUR 1 billion in a year. It’s 13 brands are placed in the top 50 FMCG brands according to the Kantar Brand Footprint Report.

In recent weeks, the situation for international air traffic has become significantly worse. Even th

The global optical coatings market is anticipated to grow at a CAGR of 8.3% during the forecast peri