Bronx, United States, Aug 26, 2020, 05:00 /Comserve / -- Australia’s Qantas Airways Ltd said in a statement that recovery in the domestic aviation market is severely hampered because of the state borders which are closed.

SYDNEY, Aug. 20, 2020 - Australia’s Qantas Airways Ltd said in a statement that recovery in the domestic aviation market is severely hampered because of the state borders which are closed. This along with a lack of international flying would be responsible for a significant amount of loss this financial year.

On Thursday, Qantas posted a full-year net loss of A$ 1.964 billion (USD 1.41 billion) for the 12 months period that ended on June 30. This was one of the largest net losses faced by the company which was driven by impairment charges and restructuring costs. These were meant to help it tackle the Covid-19 pandemic.

In the airline’s 100 year history, the trading conditions were the worst according to Chief Executive Alan Joyce. He also mentioned that there was a need for a national framework on when the states would open their borders and boost domestic travel.

Currently, the airline is operating only 20% of its usual domestic schedule in August. Joyce talks about how this number could increase to more than 75% if all states opened their borders even before international ones. He said that most international flying is unlikely to resume till the time a vaccine is created and widely distributed, which is expected to happen in mid to late 2021.

Qantas’ biggest ever net loss was back in 2014 when it lost A$ 2.84 billion. This led to cost-cutting which in turn led to strong annual profits of around A$ 900 million for four years before the pandemic. “We were on track for another profit above A$1 billion when this crisis struck,” Joyce said.

Even with significant uncertainty across most markets, Qantas remains in a good position to take advantage of the return of domestic and, eventually, international travel demand. On the other hand, Qantas Freight and Qantas Loyalty continue to maintain significant cashflow. 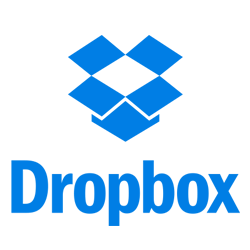