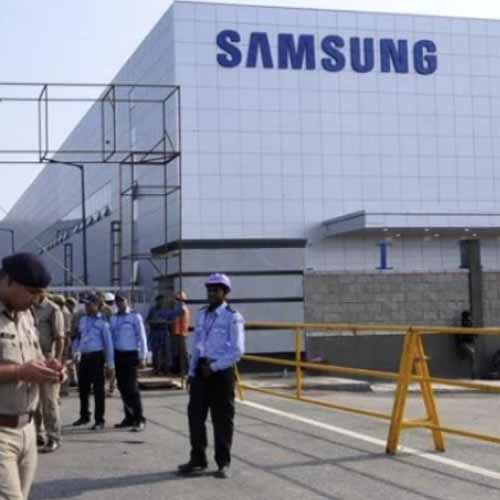 Bronx, United States, Aug 20, 2020, 10:30 /Comserve / -- In search of cheap labor, South Korea’s Samsung, a leading electronics manufacturer is planning to move its smartphone production house to India from various countries including Vietnam where Samsung is the single largest foreign investor.

Seoul, South Korea, August 18, 2020: In search of cheap labor, South Korea’s Samsung, a leading electronics manufacturer is planning to move its smartphone production house to India from various countries including Vietnam where Samsung is the single largest foreign investor. The news comes when the company is in the middle of wrapping up its manufacturing process back home due to increased labor costs.

As of today, Samsung manufactures half of its phones in Vietnam which is considered as the world’s second-largest exporter of smartphones after China. It also has its manufacturing bases in Indonesia and Brazil as well. It is said that the company is looking to expand its production lines under the Production Linked Incentive Schemes (PLI) for manufacturing smartphones in India.

This move by Samsung will help India to bridge a major gap in the country's efforts to avoid cheap imports from ASEAN countries to India as a result of the Free Trade Agreement the country has with the trade block. Samsung already has its biggest cell phone manufacturing plant in Noida which accounts for only 2% of Samsung’s exports from the country. If Samsung were to extend its production base in India, it will export much of the smartphones in the plus USD 200 range, contributing to India's outgoing trade. Most of these would be mid-range devices like the Galaxy Note 20 5G, Galaxy A31, Galaxy S10e, among others. Currently, Samsung is finalizing plans to produce devices worth USD 40 billion over the next five years under the PLI scheme.

According to Ravi Shankar Prasad, Communications and IT minister of India, once Samsung finalizes the move, it will join the likes of Foxconn, Wistron, Pegatron and 22 other companies to file an application under the PLI scheme which aims to wipe out global manufacturers from countries such as China and Vietnam.

According to this year’s financial report of Samsung Electronics, the company reported a net profit of KRW 5.56 trillion in 2Q2020 as compared to the previous year’s net profit which was KRW 5.18 trillion, a growth by 7.3% Y-O-Y. Since Samsung is currently working towards 6G connectivity, the R&D expense also increased by 5.4% Y-O-Y to KRW 5.22 trillion during Q2-2020 as compared to the previous year Q2 value which was KRW 4.95 trillion.

For criminals who are learning to transition from prison to regular society, starting a whole new li

In order to provide a boost to Australia’s defense industry, the Morrison Government has announced