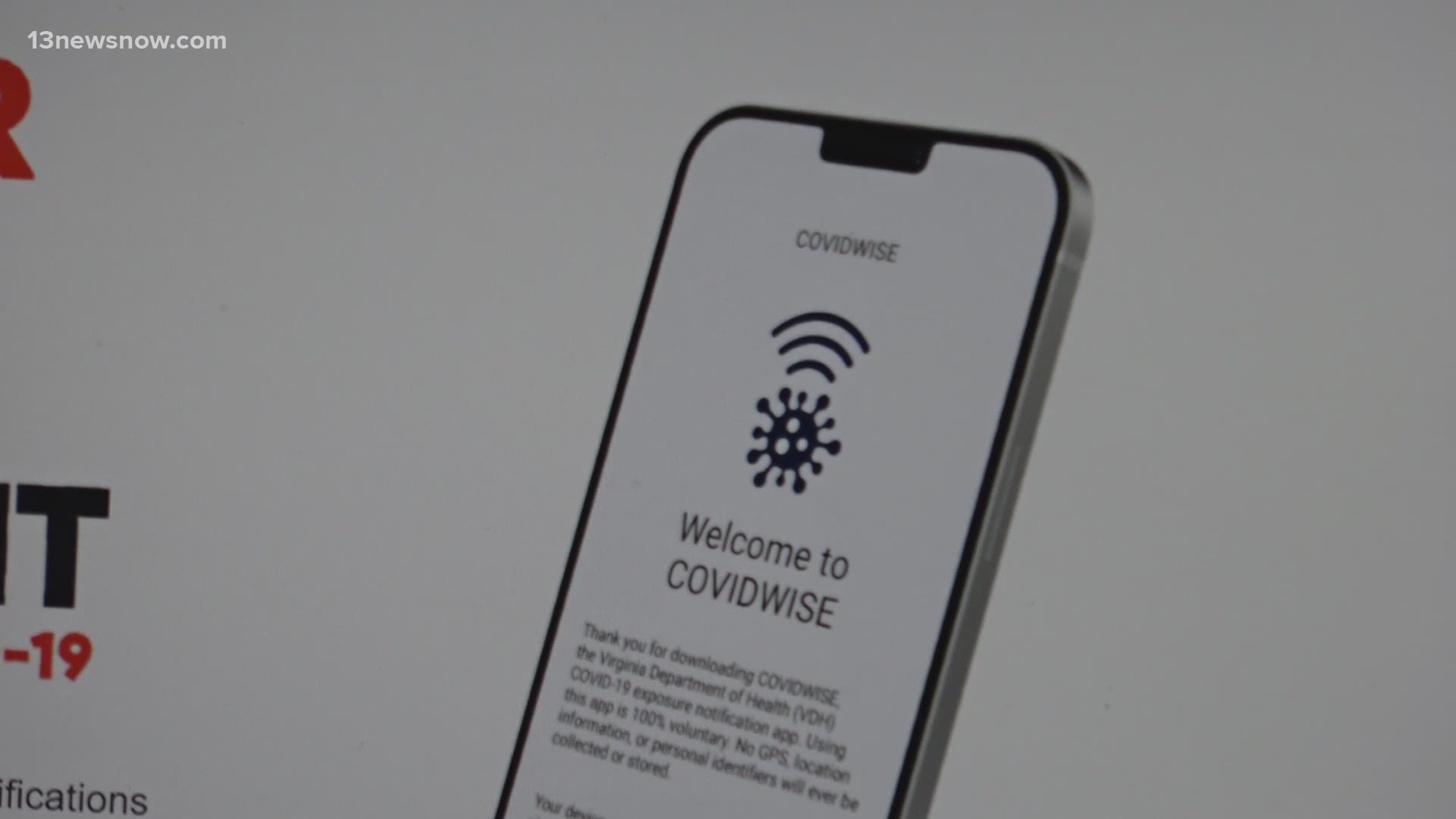 Virginia, 6, Aug 2020 - Virginia’s ‘COVIDWISE’ app becomes the first app in America to use Apple and Google’s coronavirus exposure notification tool. This app is being offered to public health authorities around the globe in various countries in order to help them build their Covid-19 contact tracing apps.

This coronavirus exposure notification tool was announced in April 2020 and now Virginia is the first state in the US to launch a contact tracing app with this technology. This technology is being used around the world in many countries with varying degrees of success. An app with this technology generates ‘proximity identifiers’ that change after every few minutes. These identifiers are periodically shared via Bluetooth to other nearby devices that also have the app. The app developed by SpringML, keeps an anonymous list of close encounters and exchanges it via Bluetooth to nearby phones. The app then allows people who have tested positive for the virus to notify those people who have been in close contact in full anonymity.

The US has been late than countries in Europe, whereas many as 11 territories has been using this technology for the past few months. Such kind of apps can help alert people who have been near someone who has recently tested positive even if by accident. Virginia Health Department (VDH) will be giving a PIN to all those who test positive so that they can report that result in the app and others who have been in contact will be alerted sooner. This technology relies on Bluetooth and will not store the GPS location. This technology was unveiled in May 2020 with its use restricted to apps that were developed by public health agencies for the safeguard of data.

Launched in 1976-77 as Apple Computer Company, it's one of the major tech giants in the world. Headquartered in Cupertino, California it’s a multinational company that specializes in designing, developing and selling consumer electronics, online services and computer software. It’s a part of the Big Tech technology companies alongside Amazon, Microsoft, Google and Facebook.

It is a US-based tech giant specializing in internet-related products and services including the famous search engine, online advertising technologies software, hardware and cloud computing. It was started in 1998 as Google Inc. and is a part of the Big Four technology companies alongside Apple, Microsoft and Amazon. In 2015, it reorganized its various interests as a conglomerate called Alphabet Inc.

The global intelligent process automation market that is valued at USD 9485.64 million as of 2018 is