Hiren Kamod, representing Parle Agro in the Bombay High Court said that the shape, mark of the bottle, along with its colour scheme, get up and layout of Walmart’s drink is identical to Appy Fizz. Walmart has named its drink as ‘Fizzy Apple’ which is somewhat similar to Parle’s ‘Appy Fizz’. Appy Fizz is available in various pack sizes ranging from 160ml tetrapacks to 1.5ltr PET bottles. The flavored soft drink is also available in 250 ml can and 200ml RGB.

It was one of those very instances when a multi-national company was brought to court by a domestic firm. Meanwhile, the court passed an interim order and has restrained Walmart from selling the product involved in the case until further order.

Appy Fizz was launched in 2005 and since then Parle has been dominating the sparkling fizzy apple juice market with over 90% share in the market. Stating this fact Kamod further argued that Walmart wants to ride on ‘goodwill and reputation’ that Appy Fizz has garnered since its inception in order to make wrongful gains. Abhishek Malhotra, the advocate from Walmart’s side said that no one can claim any kind of monopoly on ‘Fizzy’ as its a common descriptive word.

Parle is a leading FMCG (Fast Moving Consumer Goods) brand which also owns Frooti, India’s second-largest selling mango flavoured drink with an approximate market share of 20%. Frooti contributes an estimated 60% in Parle Agro’s net worth. In late 2019, Parle Agro was awarded a whopping USD 27.9 million media mandate to the US-base Group M’s media company ‘MediaCom’ to build market strategy, buying, planning and implementation for all media including its brands - Appy, Appy Fizz and Frooti. Parle employs a total of 4050 people in its 2 million outlets. It has about 84 manufacturing facilities with a revenue amounting to USD 872.24 million (in current USD).

Both the parties, including their lawyers have refrained from commenting on the matter as the case is subjudice. It remains to be seen what this lawsuit results in. The next hearing will be on 20, Aug 2020.

Parle Agro Private Limited is an Indian brand which is an offshoot of Parle Products that came into being in 1929. Further, it broke into three fractions namely - Parle Agro, Parle Products and Parle Bisleri. Parle Agro launched its first product in 1985 by the name of ‘Frooti’, which was India’s only beverage to be sold in a tetra pack at that time. It further owns various brands like Bailley, LMN and Hippo.

The global BLDC fan market is segmented by end user into domestic and commercial. 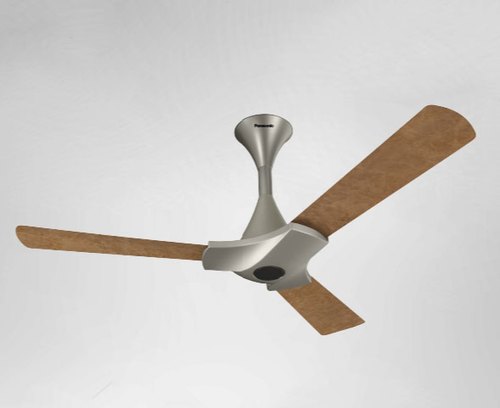 Leading Telecommunications Company, Lifesize® has recently rolled out a new feature of its cloud vi